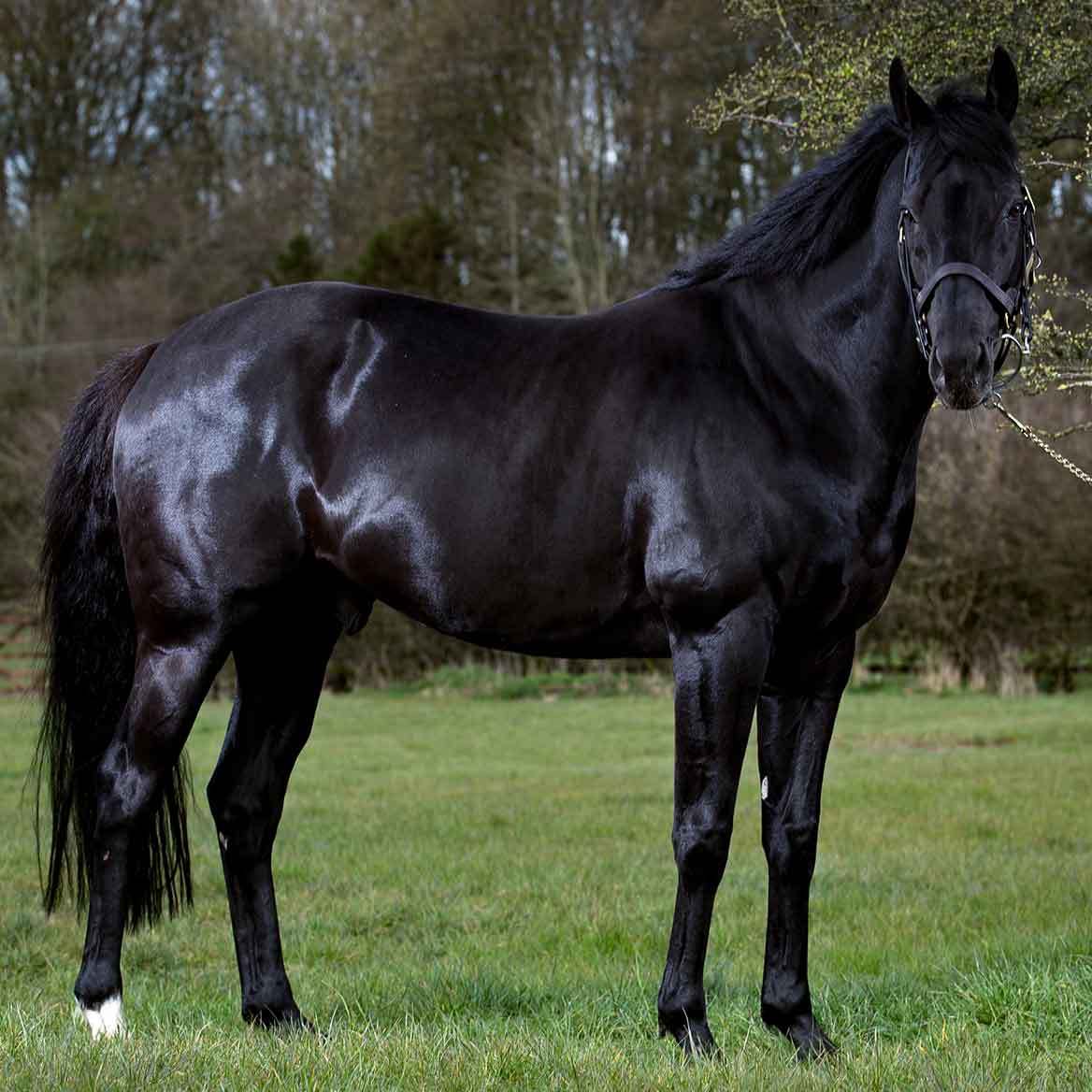 Posted at 19:49h in Albaasil by Ritchie Fiddes 0 Comments
0 Likes
Albaasil (IRE) has been genetically profiled by leading international equine genomics company, Plusvital. In the first study of its kind which was commissioned by Ritchie Fiddes of Moor End Stud in North Yorkshire, Albaasil’s entire first crop have been genetically profiled to determine their future potential for becoming elite racehorses.
Albaasil’s superior Genomic Breeding Value score of Class 1 indicates his higher potential to produce elite racehorses. 90% of his first crop of foals tested have inherited a superior combination of genes for racing as verified by their Genomic Race Value scores of Class 1 & 2, with none of his foals tested scoring in the lowest genetic category of Class 4. The general foal crop would have approximately 20% of individuals scoring as Class 4.
As part of the study, the first crop mares were also tested to measure what genetic performance traits were inherited from the stallion. Albaasil upgraded the Elite Performance scores of 90% of his first crop, 10% remained the same and none were downgraded.
Albaasil’s foals tested have also all scored as Higher Potential or Medium Potential on the Raced/Unraced genetic test, which identifies the likelihood of a young horse making it to the racecourse. The absence of any Low Potential foals tested to date indicates that Albaasil is passing on a greater potential for his progeny to race and a higher durability than average. The general foal crop would have approximately 30% of individuals scoring as Low Potential.
On the Speed Gene Test, Albaasil is rated as a C:T. This confirms that his optimum race distance is middle-distance, and also that he can produce sprint, middle or long-distance horses among his progeny depending on the genetic makeup of the mare. In the first crop of horses tested, Albaasil has produced a high proportion 50% of C:C early-maturing sprint types, the remaining 50% were C:T middle distance types, which indicates that this first crop have a superior chance as a group of performing as two-year-olds and being suited to short to middle distances. Despite 30% of Albaasil’s first crop mares being T:T staying types, he produced no T:T’s. The results showed that 80% of Albaasil’s first crop should have an optimum race distance of 1 mile or less.
The Dirt v Turf results showed that 100% of Albaasil’s first crop achieved a Turf Pro rating giving them an 80% chance of achieving their best performance on this surface. The results are consistent with the race record of the progeny of Dansili, Albaasil’s sire. Statistics show that the progeny of Dansili, have shown a very strong trait for producing their best race performances on turf with 86% (£10,228,212) of all of their prize money won in GB & Ireland coming on turf.  The progeny of Dansili have also shown a strong preference for racing on the top of the ground with 73% of all prize money won (£7,723,249) on turf coming on Good or Good to Firm ground.

We are very excited to participate in this new development in Thoroughbred breeding, utilising the most advanced genomic testing available to improve each breeder’s chance of success with their mare. Albaasil is a very exciting stallion prospect, and his superior genetic makeup combined with the management of Fiddes Racing gives him an excellent opportunity to now replicate his success on the racecourse in the breeding barn.

We are very proud to be the first stud in the world to publicly release the genetic profiling results for our stallion and his entire first crop.
Albaasil is producing elite potential progeny with speed by upgrading his mares from a nomination fee of only £2,500. In 2018, his first two year olds will have the best possible genetic chance of making it to a race course, they are most likely to achieve their best results on turf and their increased genetic durability should enable them to stay sounder throughout their careers.

I was very keen to launch my first stallion in a new and different way. By making Albaasil’s genetic results available to all breeders we are demonstrating that producing elite potential race horses at an affordable price from any type of mare is possible and not purely reliant on luck.

I have fully supported Albaasil with my own quality mares as I strongly believe that he has the potential to become a leading stallion in the future. As Dansili’s highest priced yearling colt in 2008, costing 320,000gns, Albaasil has passed on his exceptional looks, confirmation, temperament and genetics to his progeny, he ticks every single box that breeders of all levels are looking for.

I would personally like to thank the breeders who have supported Albaasil, for allowing us to test their mares and foals and publish the results. By working together to raise his profile, our breeders can look forward to increased returns in the sales ring in future, however as the genetic results were so good I expect most of his progeny will be retained by their breeders to race.

With over 55 mares already confirmed for 2017, 10% of which have black type, Albaasil can look forward to a significant increase in quality and quantity of mares going forward