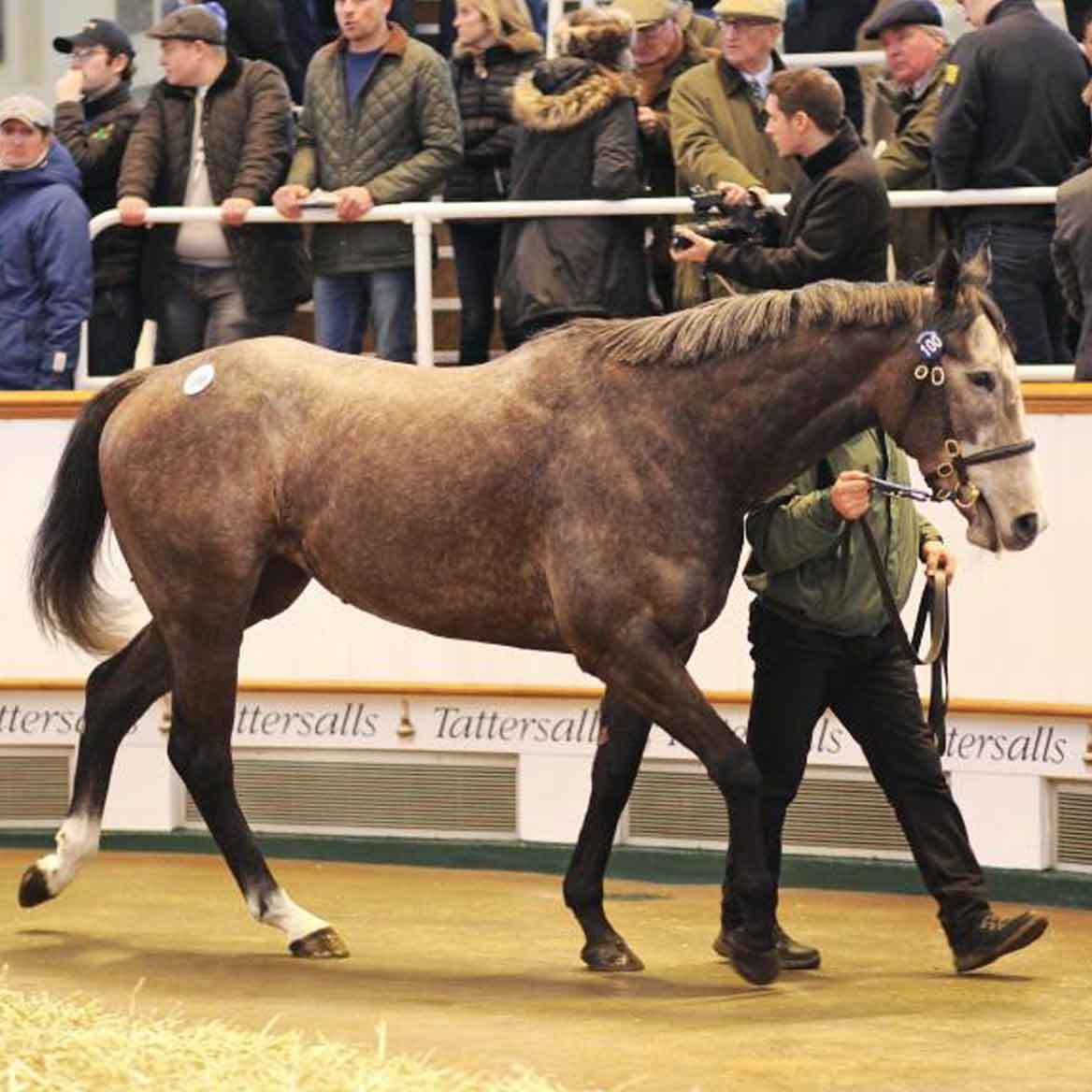 Bought by Ritchie at the Doncaster Premier Yearling Sale in 2014 for only £30,000 its fair to say she was an absolute superstar and a bargain.

Named after Ritchie’s Grandad, George Easton, she won her first two starts as a 2 year old before being narrowly beaten by Acapulco in the Group 2 Queen Mary at Royal Ascot. After placing in the Group2 Duchess of Cambridge at Newmarket & Lowther at York, she spent the winter at Moor End Stud where she was prepared for the 2016 season.

She returned in devastating fashion at York recording back to back Listed victories in the Westow Stakes, followed by the Scurry Stakes at Sandown. After narrow defeat at Listed Level to future Group 1 winner Marsha, Easton came a desperately unlucky 4th in the King George at Glorious Goodwood, after starting slowly and meeting lots of trouble in running. In total she won 4 races and was placed 3 times from only 11 starts including 2 stakes wins and 3 stakes places and over £140,000 in prize money, plus a £10,000 Plus 10 Bonus.

After again returning to Moor End Stud for her winter break where she was also prepared for sale, the decision was jointly made by her owners to send her to the Tattersalls February Sale. It was obvious that she would be the star of the show as buyers from around the globe who would not normally attend the sale declared their interest.

Described by auctioneer John O’Kelly as ‘a rather special filly’, this high-class sprinter lives up to expectations when selling out of the Castlebridge Consignment for 500,000gns – a new sales record that surpasses the previous high of 450,000gns set by House In Wood in 2008.
O’Kelly asked 300,000gns – ‘who is going to be big, bold and brave?’ he said – and was rewarded with an opening bid of 100,000gns. Bids then came in quickly from all over the ring – Chris Richardson, John Warren, Paul Messara of Arrowfield Stud, Daniel Creighton of Salcey Forest Stud and Ritchie Fiddes, who part owned Easton Angel with Al Shaqab Racing, each had a go but none could match Mick Flanagan, who was acting on behalf of an undisclosed ‘new, European-based client’.

“She is for a new undisclosed client.  She stays in Europe – hopefully she is a good one to start with for the client. She has been bought to breed from, but I have been told that she has plenty of racing left in her, so we do have options. We’ll let the dust settle from here and take a view.

“But she is a quick filly, a gorgeous physical and moves like a panther.”

“Whilst it is gutting to sell a filly of Easton Angel’s quality, who has proven her potential to win a Group 1, it is also a very proud moment to break a sale record. Having purchased Easton for only £30,000 she was a pleasure to own and so easy to deal with at home where she spent her winter breaks. Her temperament was exceptional, as was her muscular physique high cruising speed and will to win.”

“We prepared her to go back into training and as the underbidder did everything possible to try to retain her, having lost out in the bidding I fully encouraged her new owner to return her back in training in 2017.”