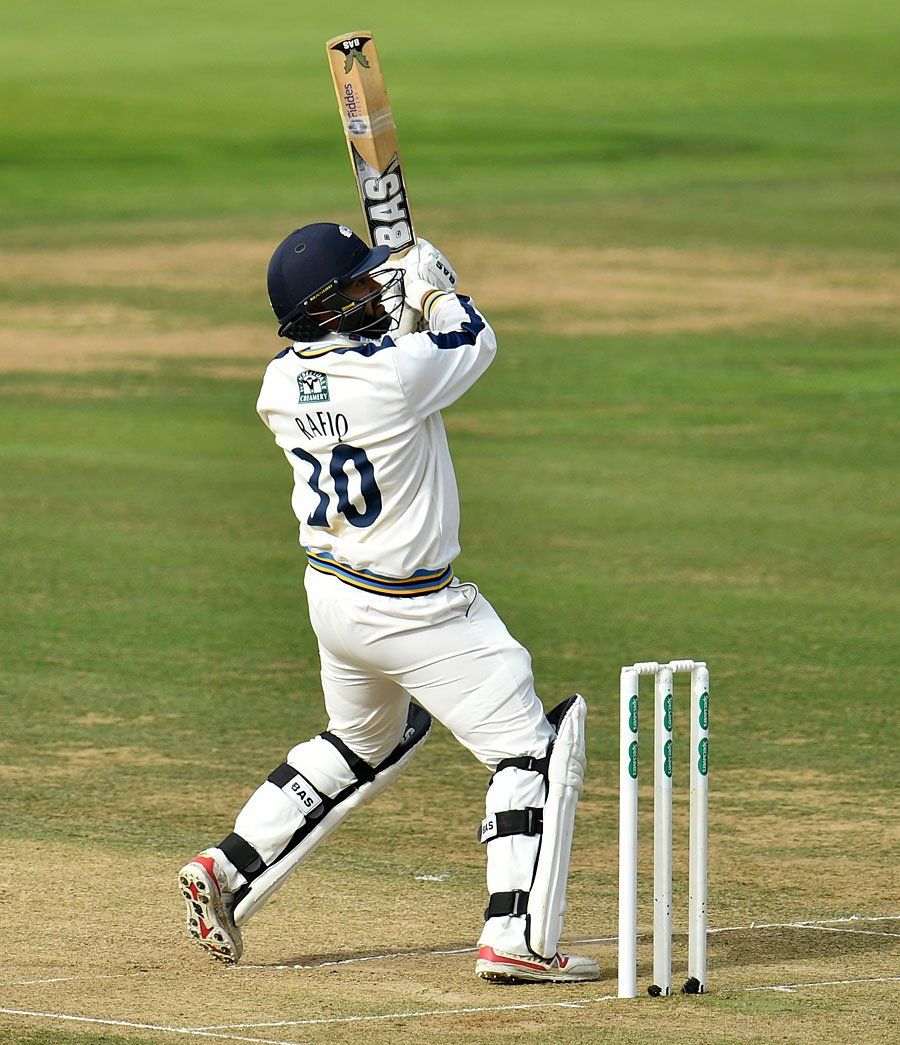 Posted at 13:30h in News by Ritchie Fiddes 0 Comments
0 Likes

Fiddes Racing is delighted to announce our continued support of Yorkshire cricketer Azeem Rafiq by extending our sponsorship.

Azeem made his first class debut for Yorkshire in June of 2009 against Sussex at Headingley in impressive fashion taking 3 wickets in the first innings and 2 in the second. This was followed up with a fantastic century in only his second match against Worcester at New Road.

Having represented & captained England at youth level Azeem was made England Under 19 captain for the 2010 World Cup.

In 2012 Azeem was given the honour of being Yorkshire’s T20 Captain, making him the county’s youngest ever captain. He excelled in the role, leading Yorkshire to 5 victories in 6 matches in charge before regular captain Andrew Gale’s return for finals day at Lords.

He also excelled in the four-day side as Yorkshire bid for promotion to the First Division in the Championship. Rafa finished the season with a magnificent all-round performance in the final match as Yorkshire clinched promotion with victory over Essex in Chelmsford, he made 53 and 75 not out  and had career-best innings and match figures with the ball, finishing with 5 for 50 as Essex were bowled out for 148 in their second innings for a match return of 8 for 115.

2014 saw the start of Fiddes Racing’s sponsorship of Azeem, unfortunately he struggled with injuries but he was still part of the Yorkshire side that regained the County Championship.

After being released by Yorkshire at the end of the season Azeem faced the toughest test of his career but to his credit he always remained 100% committed to making a return to professional cricket with Yorkshire.

After fully recovering from injury he impressed in League cricket for Sheffield & Phoenix United, whilst also setting up a coaching and clothing business. During his time out of the professional game Azeem also worked with leading coaches in Pakistan and Dubai and spent time bowling at the    England batsman whilst they were on tour.

His attitude & dedication are both infectious and inspirational and the story from is here almost like a fairytale!

Early in the 2016 season, Azeem was asked to play 2nd team cricket for Yorkshire and after only a handful of games was thrust straight back into the 1st team with Yorkshire winless and bottom of the league. After making an instant impact it was an outstanding achievement to make T20 finals day and after proudly watching Rafa’s 2nd match against Durham it was clear that his enthusiasm and will to win rubbed off on his team mates.

In the run in for the county championship Rafa demonstrated his mental strength and class with the bat in the final game of the season against Middlesex at Lords. With Yorkshire seemingly in a hopeless position he entered the crease at 204 for 6 and hit a fantastic 65 in a partnership of 114 with Tim Bresnan to keep Yorkshire’s championship hopes alive.

Rafiq scored 242 runs and took 24 wickets in 23 first team matches in all competitions. His return was capped quite literally when he was awarded his county cap towards the end of the campaign.
Such was the remarkable turnaround in Azeem’s career that he
was nominated for a UK Sport Inspirational Performance of the Year Award.

We would like to wish Azeem and all of the Yorkshire squad all the very best for the upcoming season and we’ll be cheering them on in their attempt to win back the County Championship.