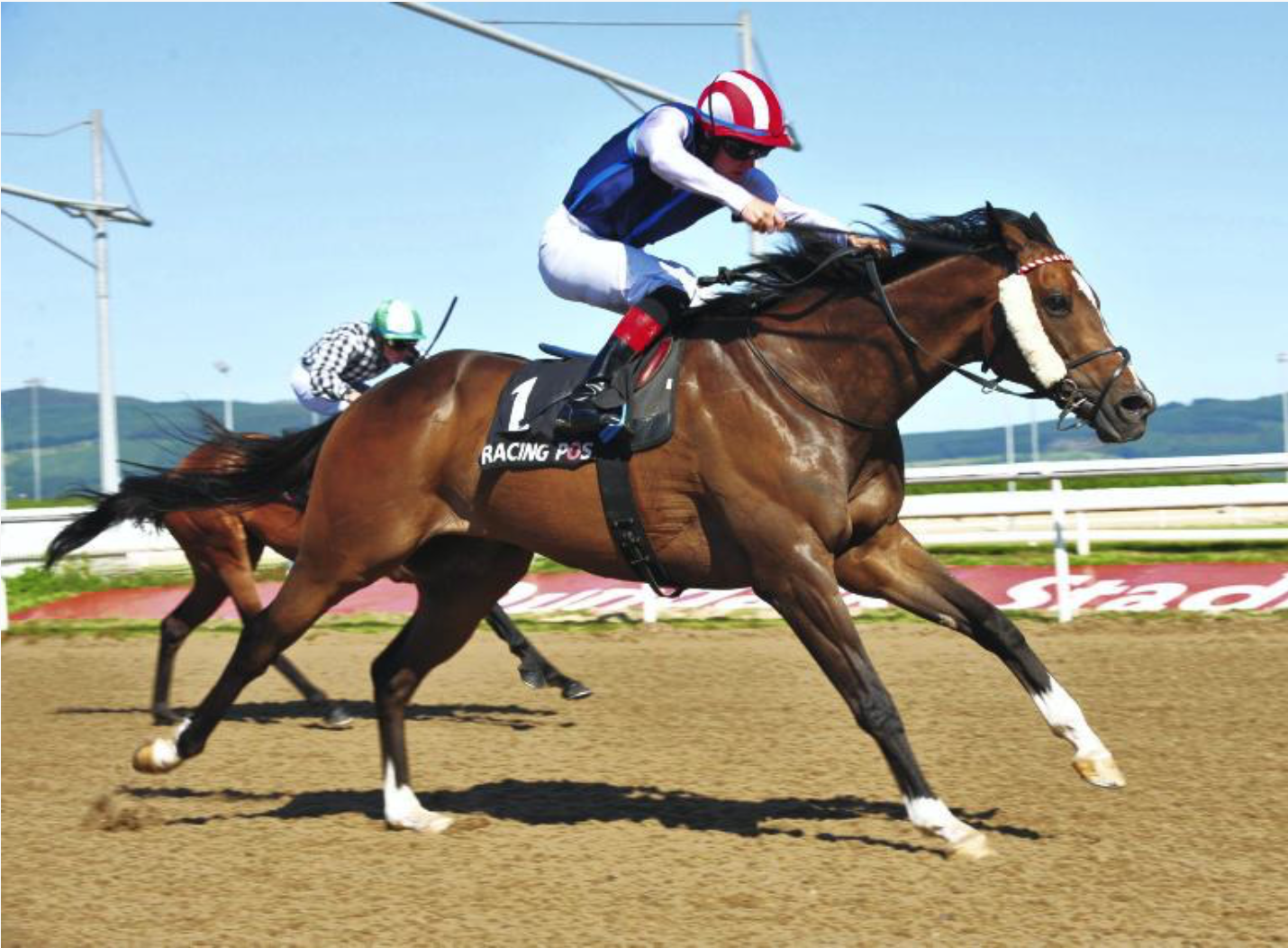 At the end of a busy week but successful week its nice to look back on Moviesta’s first win of the season at Dundalk on only his second run. Still trained in Ireland by Eddie Lynam, Moviesta put the disappointment of his winter in Dubai firmly behind him with a very comfortable 2 and 3/4 length victory. Carrying a top weight of 10st 4  he was confidently ridden by Robbie Downey and cruised through the race before quickening clear. Running off 107 he could well equal or exceed his career high mark when re assessed by the handicapper.

One of our broodmares, Duchess of Ripon, received further updates to an already outstanding page with her half brother Parfait cruising to another comfortable victory at Newmarket. She is out of the Black Type mare Rakiza and 3 parts sister to the Black Type mare Exactement who is by leading US stallion Speightstown.

Parfait is by Invincible Spirit, owned by Godolphin and trained by John Gosden, having won as a 2 year old he finished the season rated 87. After a Gelding operation over the winter and the application of cheekpieces, he has improved 20lbs in his 3 year old campaign to his current mark of 107. So far this season he has won a Class 2 Newmarket handicap by 7 lengths, finished 4th in the Group 3 Jersey Stakes at Royal Ascot and led and won the Silver Bunbury Cup from start to finish, winning by a margin of 2 lengths.

Duchess of Ripon has a gorgeous black filly foal at foot by our resident stallion Albaasil who she is again in foal to.